Contact us Login
A look back: Open Debate on Modern Slavery at the UN Security Council
News | 18 April 2017

The UN’s response to modern slavery is becoming increasingly coordinated. The integration of combatting modern slavery into the Sustainable Development Goals – and Goal 8.7 in particular – reflects the commitment of Member States to holistically tackle this crime.

However on a practical level, there is an ongoing failure to see that responding to trafficking and slavery is lifesaving emergency aid. As a result, responses to modern slavery in crises are not systematically integrated into humanitarian responses to conflicts and related emergencies. Responses are also not currently integrated into training and deployment guidance for UN peacekeepers.

When the UK therefore gained presidency of the UN Security Council, the chosen theme of its open debate was modern slavery – a crime effecting all countries, an abuse impacting millions of people and an injustice accountable to leaders worldwide. More specifically the debate, which took place on 15th March 2017, centred on modern slavery in conflict situations, with Ministerial or Permanent Representative level statements from 73 countries and 6 international organisations, almost all of which were pushing for enhanced action. 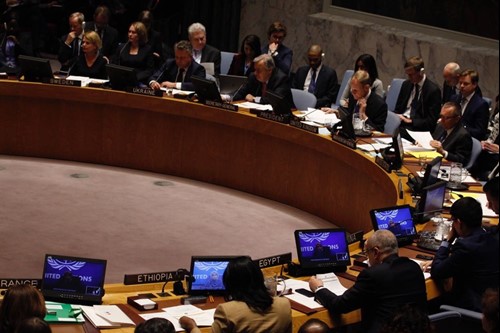 The key points made by the Independent Anti-Slavery Commissioner included:

Conflict has become a major driver of modern slavery across the globe. Terrorist organisations openly advocate slavery as a tactic of war. Conflict also produces an environment that enables modern slavery to flourish. Erosion of the rule of law enables transnational trafficking networks to act with impunity, and conflict results in the displacement of vulnerable people who are then targeted by the traffickers.

A modern-day slave trade is now booming in Libya. Political, military and social conditions have created an environment where traffickers have thrived. Militias are subjecting migrants to forced labour and sexual exploitation in detention centres until they pay off a ransom to allow passage to Europe.

Long-established transnational organised crime groups are also using power vacuums caused by conflict to increase their trafficking operations. For example, for decades, transnational traffickers have operated in southern Nigeria, deceiving victims with false promises of better lives in Europe. But these criminals are now taking advantage of conflict and instability in the Lake Chad Basin and in Libya and have massively scaled up their trafficking operations by utilising these now ungoverned routes.

Prime Minister Theresa May has committed the UK to international leadership in combatting modern slavery. The UK will be working with Nigeria to tackle modern slavery at source.

Unless those behind this trade in human lives are pursued and punished, vulnerable people will continue to be sourced, used, abused and replaced. International organisations and Member States must prioritise efforts to increase cross border collaboration to investigate, disrupt and dismantle human trafficking networks.

We need high profile convictions of the organisers to act as a deterrent to others. This can be achieved through increased use of joint investigation teams, multilateral prosecutions and data and intelligence sharing.

We need to get smarter at debriefing victims and sensitively sharing this information with law enforcement and victim support agencies, to inform both disruption and protection efforts.

We must strongly support Resolution 2331, which called for proactive responses to protect against slavery and trafficking to be systematically integrated into humanitarian responses to conflicts and related emergencies. This is urgent. Traffickers view refugee camps as a rich source of new victims.

There is a clear need for a more strategic and holistic international response. Tackling the traffickers and protecting the vulnerable will only be achieved through utilising all levers at the international community’s disposal. This means deploying the UN’s leverage through development and humanitarian efforts, criminal justice capacity building, political work and peacekeeping operations. 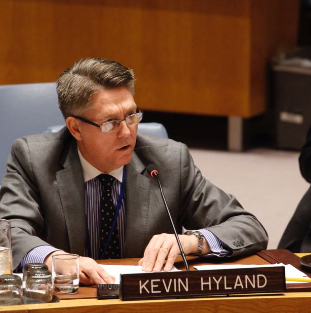 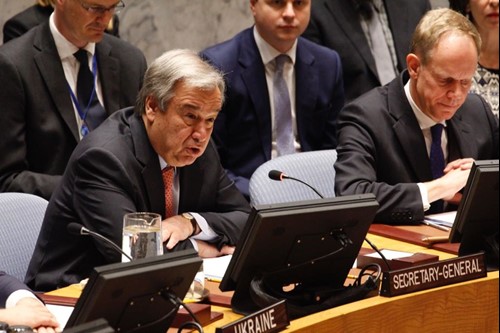 The UK must continue to lead efforts to combat modern slavery, ensuring effective implementation of UN Resolution 2331, and working to support a strong report from the UN Secretary General.

The UK can lead efforts to pioneer holistic prevention initiatives (which focus on both sustainable development and rule of law) in targeted hotspots. This can be done in partnership with source and transit countries; the UK’s work in Edo State, Nigeria could become a flagship initiative.

There is an urgent need to focus on integrating protections in humanitarian responses and peacekeeping operations, and ensuring a coordinated UN strategy.

Importantly, the UK must continue to actively bring together Member States that are calling for more proactive action, and work to agree priorities moving forward.