The Office of the Independent Anti-Slavery Commissioner includes staff members with a background in law enforcement, policy, victim support, research, human rights and those with years of general experience in the UK’s anti-slavery sector. 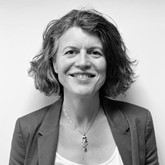 Rebecca has worked in the Home Office for many years and has an interest in promoting good practice in the treatment of vulnerable people. She has led asylum teams and sought to put in place processes for interacting with asylum seekers with mental health issues and to raise awareness of the impacts of trauma. Rebecca was part of the team who conducted the 2014 review of the National Referral Mechanism (NRM) making recommendations, some of which are now being implemented through NRM Reform.

For two years Rebecca worked in the Diversity Team of the Home Office embedding diversity across the HO People Strategy. Prior to joining the Commissioner’s Office Rebecca worked in the Modern Slavery Unit where she covered a range of roles from Prevent policy, programme management, and beginning the procurement of a new victim care contract.

Rebecca is the Chief of Staff for the Independent Anti-Slavery Commissioner, setting up the team to support her and ensuring that her strategy is developed and programme managing its delivery. 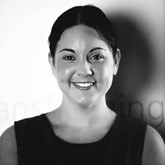 Jenny is a Detective Superintendent with Devon and Cornwall Police. She is currently Law Enforcement Lead at the Office of the Independent Anti-Slavery Commissioner. She specialises in transforming the national policing response to Modern Slavery.

Following promotion to Detective Chief Inspector in 2016, Jenny gained experience working with Her Majesty’s Inspectorate of Constabulary. There she conducted inspection activity across policing nationally and subsequently designed and delivered the modern slavery thematic inspection in early 2017, whilst also graduating from Warwick Business School achieving a Msc (merit) in Police Leadership and Management.

Jenny was then seconded to the newly formed Modern Slavery Police Transformation Programme in April 2017 with Devon and Cornwall Police before transferring on a permanent basis. In summer 2019 Jenny was invited to join the Office of the Independent Anti-Slavery Commissioner as Law Enforcement Lead to Dame Sara Thornton.

She then returned on promotion to the Modern Slavery Police Transformation Programme in September 2019 to fulfil the role of Superintendent and Unit Commander.

In February 2020 Jenny left the Modern Slavery Police Transformation Programme returning to the Office of the Independent Anti-Slavery Commissioner for a further period of secondment.

During this time he was also the Senior Investigating Officer for Operation Fort, the UK’s largest modern slavery investigation, involving about 400 victims, which has led to eight offenders receiving 55 ½ year prison sentences so far. He is currently working on a project on behalf of the Home Office to enhance the police’s ability to identify hidden networks of modern slavery victims and offenders, as well as working part time as the law enforcement subject matter expert for the IASC.

Helen is a Detective Sergeant who, since November 2019, has been seconded to the Independent Anti-Slavery Commissioner’s office from the Metropolitan Police. Her role is to support the Commissioner in delivering her strategic objectives relating to law enforcement, improving the rate of prosecutions for modern slavery offenders, and promoting co-ordination between police, CPS and the judiciary. Ensuring that professionals have access to relevant training and knowledge is key to this.

Helen has been a police officer for eleven years, with seven years’ experience working in the areas of gangs, drugs and firearms. In recent years, she has increasingly experienced the exploitative side of gang criminality – young children recruited by older gang members to store weapons and drugs, and being trafficked across the country on county lines. Her key areas of interest include raising awareness amongst police officers of the case law relating to modern slavery and ensuring that they have the confidence and tools to investigate complex modern slavery cases. 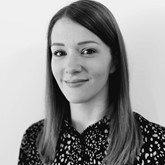 April McCoig is the Victims and Partnership Lead at the Office of the UK’s Independent Anti-Slavery Commissioner. She joined the team in February 2020 to support the delivery of the Commissioner’s work to improve the quality of victim care and support. This includes activity to encourage better identification and referral of victims, to ensure effective support for child victims and to promote the development of positive, longer term outcomes for survivors that enables them to live a life of sustainable independence. As such, she works closely with stakeholders across the public and Non-Governmental Organisation (NGO) sector in order to understand the current challenges in relation to victim identification and support as well as to identify examples of good practice.

April is currently seconded from Thames Valley Police where she spent the last three years as the force’s Anti-Slavery Co-ordinator, working to improve the wider partnership response to modern slavery. Whilst in this role, April co-ordinated the development of county-wide, multi-agency Anti-Slavery Networks and was closely involved in establishing a Thames Valley wide service commissioned by the Office of the Police and Crime Commissioner to provide specialist support for those affected by exploitation and those with complex needs; Victims First: Willow Project. This service supported over 400 people in its first year and is now regarded as an example of good practice nationally. 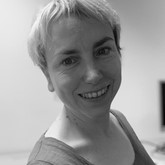 Emma is Prevention Lead at the Office of the Independent Anti-Slavery Commissioner, working with industry, the public sector, enforcement bodies and NGOs to develop more effective ways of detecting and fighting modern slavery in the workplace.

A former business journalist, Emma has written for a variety of publications, covering the built environment, supply chains, technology and human rights. She has been researching modern slavery since 2014 and is author of three reports on modern slavery for the Chartered Institute of Building, examining how business models, recruitment and procurement practices can contribute to exploitation, both domestically and internationally. Before joining the IASC office, she worked closely with CIOB on industry engagement with anti-slavery initiatives.

In her current role Emma is exploring best practice, drivers of change and the role that technology can play in detecting and preventing exploitation. She is also interested in industry initiatives to support survivors in their recovery. 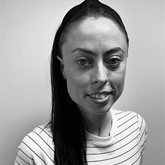 Jenna Teasdale is the Research and Innovation Lead at the Office of the Independent Anti-Slavery Commissioner. She joined the team in Autumn 2019 to support delivery of the Commissioner’s work to maximise value from research and ensure it informs both policy and practice. Jenna first developed an interest in human trafficking whilst completing an MSc in Countering Organised Crime and Terrorism at University College London in 2012.

She began her career as a Border Force Officer and member of the Heathrow Safeguarding and Trafficking team, providing immediate support to potential victims and assisting with multi-agency operational activity. She has subsequently worked as an intelligence analyst, leading on modern slavery and human trafficking for Border Force Intelligence Analysis and undertaking a secondment to the Modern Slavery Police Transformation Unit. Most recently Jenna worked as Senior Intelligence Analyst in the Office of the Director of Labour Market Enforcement, leading on joint working and intelligence sharing for the 2019/20 Labour Market Enforcement Strategy. 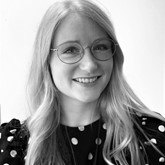 Katherine Lawson is the Communications Officer at the Office of the UK’s Independent Anti-Slavery Commissioner. She joined the team in early 2018 originally as a Policy Officer, supporting the delivery of the Commissioner’s work to ensure improved victim identification and care, and to drive better partnership working across the modern slavery sector in the UK.

She previously worked at the research institute Chatham House, the Royal Institute of International Affairs, for five years focused on UK-Africa relations. In this capacity she researched and wrote reports on the illegal wildlife trade and on landmine clearance in Africa. Whilst at Chatham House she co-ordinated two All-Party Parliamentary Groups (APPGs) on Nigeria and Angola. The Nigeria APPG conducted a research visit to Nigeria in 2018 which examined shared approaches to tackling human trafficking from Nigeria to the UK.